What is Golden Ratio and how to use it?

Humans know it for ages.

Take a look at this graphic.

The golden ratio means that a+b to a is around 1,618, which is what thousands of years of research proved. Mathematicians in ancient Greece knew about this proportion because it often popped up during their geometry studies. In more modern times, 1,618 (or φ) appeared in biology, architecture and art studies. It's universal, hence the name: the golden ratio.

Of course, multiplying most numbers by 1,618 is pretty hard, so feel free to use this handy calculator that will help you in your creative work.

Try putting Fibonacci sequence numbers in the calculator, for example in the shorter section. You’ll get the next two numbers of the sequence. That’s because each number is larger by 1,618 than its predecessor.

Why is it so important?

György Dóczi, a Hungarian architect, was famous for his works on the golden ratio. He wrote in his book ‘The Power of Limits: Proportional Harmonies in Nature, Art and Architecture’ that golden ratios essentially provides harmony to the whole and its different parts ‘so that each preserves its own identity and yet blends into the greater pattern of a single whole.’

Luca Paioli, who was a friend of Leonardo da Vinci, published a book on proportions and ratios and how they are used in everyday life. The book contains illustrations from Da Vinci.

Still nowadays, if you want to find any applications of the golden ratio, you’ll most likely turn to the great Leonardo and his famous ‘Vitruvian Man,' a drawing that embodies harmony of the human bodies. It is also called the ‘Canon of Proportions,' after all.

There are studies of other Da Vinci's works as examples of the golden ratio, including ‘Mona Lisa’, but science is more speculative than conclusive here.

Another great proponent of the golden ratio was Le Corbusier, who in the 20th century revolutionized approach towards architecture. He cared about the common citizens of urban areas and used golden ratio as his main mean of designing.

He developed ‘modulor’ (which name is a condensation of two French words that can be roughly translated into ‘golden ratio’), a scale based on the height of a man (some sources say it was a policeman) with his arm raised.

Le Corbusier applied golden ratio into every part of human’s body and used those proportions to design buildings, apartments, and neighborhoods.

With this approach, he was able to provide residents with enough sun and area for each and one of them. His designs just fitted human scale. His first building of that kind was Unite D’Habitation in Marseille, built in 1952.

Le Corbusier’s modern ideas revolutionized architecture. His disciples changed the landscape of cities not only in France but in other European and American countries.

But not all golden ratio examples can be made; some can be found in nature. Fibonacci’s sequence was developed to predict the rabbit population, but with every passing century, mathematicians discovered different examples of nature’s own patterns.

Sunflower seeds grow from center to the outside in spirals in two different directions. The number of those spirals is usually a Fibonacci number. Same thing happens with pinecones or shells (logarithmic spiral). 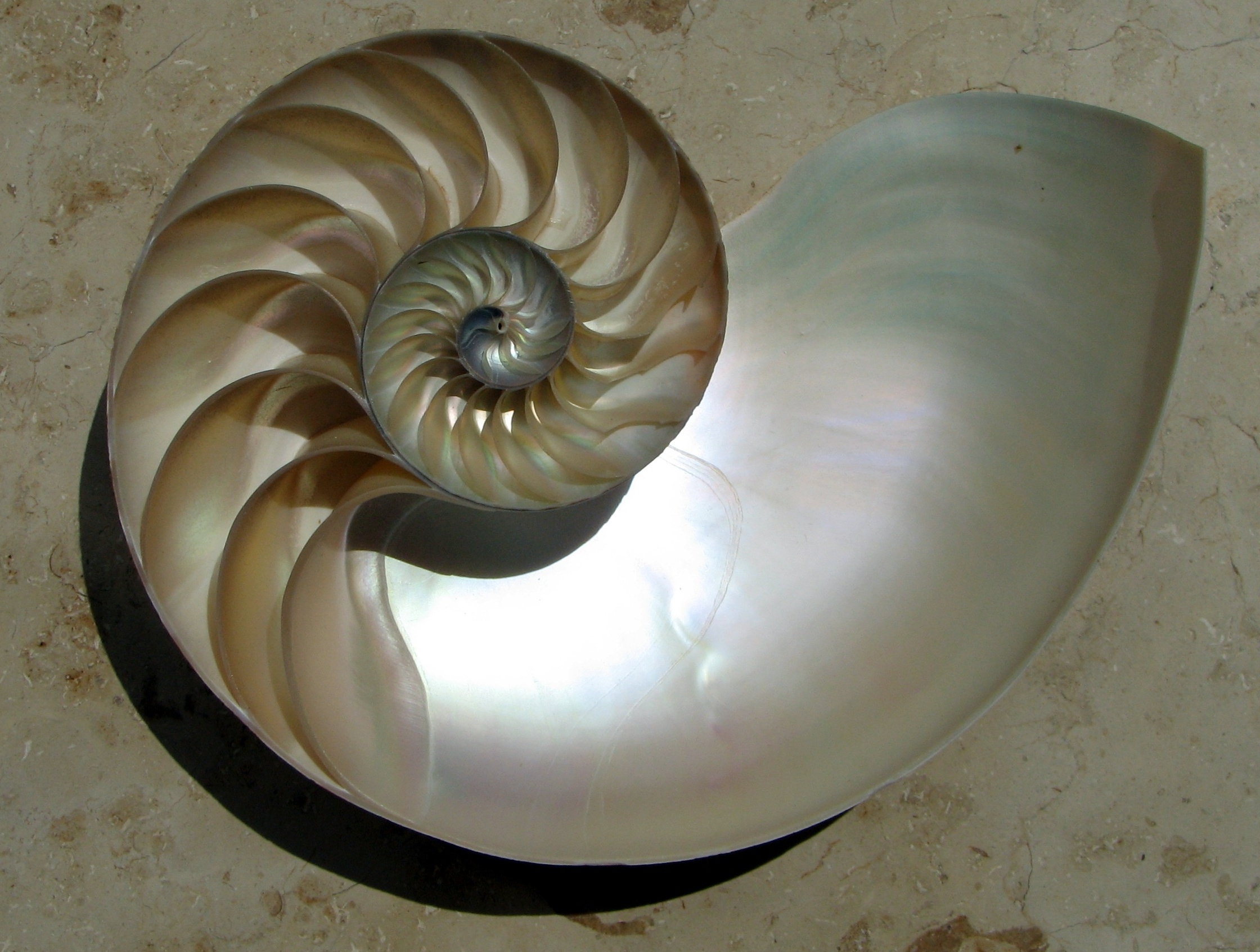 The golden ratio can be found everywhere. You just need to know where to look.